Prostrate in Bible Vs Quran

The difference between Worship and Prostrate

The Word meaning is: To prostrate or to bow down.

In the previous article, this word that, is translated by 19 out of 20 different English versions of the Bible to worship.

Hence, 95% of the English versions of the Bible were wrong and untruthful.

But, why the scholars who translate the Bible have done that?

Are they ignorant or have they willingly done that?

I will let you smart reader answer this question.

Let us start with some definitions:

1) To prostrate = to put the face down as in submission

2) To bow = to incline or bend the head, knee, or body to express submission

3) Worship God = The worshipful and respectful love of God expressed by attending and/or participating in religious services for worshipping Him e.g. the ceremonies, prayers, or other religious forms by which this love is manifested.

Hence, to worship God = prayers, Prostrate to God, to bow down to God, fasting, charity, pilgrim, thinking in God and in his kingdom, reading God’s Book etc.

So, Worship God = general and wide issue while Prostrate to God = special and distinct issue.

It is not right to translate something special and distinct to something general and wide.

Is it right to translate I eat Rice to I eat Food?

This is what the Eminent Biblical Scholars have done when 19 out of 20 different English versions of the Bible translate Prostrate to worship!

In the present article, the same word הִשְׁתַּחֲו֥ו (#7812) is translated by 20 out of 20 different English versions of the Bible to Bowed with his face touching the ground, Bowed low to the ground, bowed himself to the earth etc.; the entire 20 different versions translate it correctly.

This indicates that the scholars who translate the Bible are not ignorant; they know the Hebrew and English better than anyone else.

But, they willingly translate the Hebrew word הִשְׁתַּחֲו֥ו once to worship the Lord and once to Bowed with his face touching the ground!

The question now is why they do that? To hide something that they do not like you to know or what?

This is what you will see in this series of Prostrate in Bible Vs Quran (2 of 2 so far).

Anyway, the first one mentioned in the Bible who prostrated to Jehovah was Abraham, the father of the entire Prophet. Since then, it was a religious acts and customs for any prophet to prostrate to Jehovah, the Lord God. Read Genesis 18:2

On the other hand, in the Quran and Hadith, Adam, Noah and all prophets before Abraham used to pray and prostrate to Allah.

In the original Hebrew verse of Genesis 18:2, the word הִשְׁתַּחֲו֥ו is used.

3) Contemporary English Version Bowed with his face to the ground

4) Bowed low to the ground.

5) Bowed himself to the earth

6) Bowed himself to the ground

7) Bowed himself toward the ground

8) Bowed himself towards the earth in Young’s Literal Translation,

9) Bowed before them in The Message 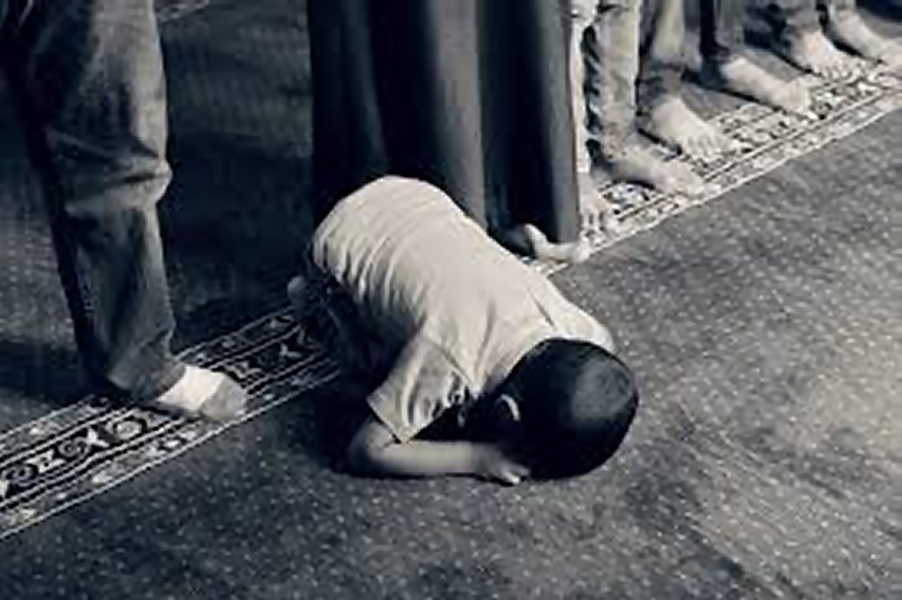