Do vegans live longer lives?  Do you know any vegans? Do they brag about feeling healthier or being happier?

Well there is some truth in this..

A study carried out by scientists at Massachusetts General Hospital found that vegans had lower death rates compared to their fellow meat eaters. Researchers looked at more than 130,000 people’s health and diet records over the course of 30 years.

A correlation was found between plant protein and heart disease.  The results showed that for every 3% increase in plant protein calories in a person’s diet, their death risk dropped by a huge 10% and their risk of dying from heart disease decreased by a massive 12%.  Vegans must be chuffed at this finding!

Although we know animal protein has benefits, it is linked to an increased risk of heart disease.

Ditching eggs for plant protein was found to cut your risk of dying by almost a fifth and giving up unprocessed red meat saw a decrease of 12%.

It is unlikely that this news will convince meat eaters to become vegan, it is just likely to motivate vegans more. 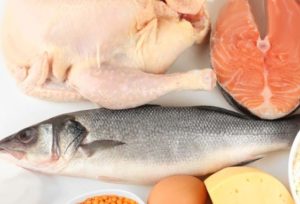 But what scientists have said is that you should eat more plant protein and if you have to eat meat then avoid red meat, instead opt for fish or chicken.

Will you be giving up the meat?